Motivation is a funny thing. Elusive. Want it too badly and it tends to disappear.

‘I need to be super motivated today.’

It’s fickle. And then frustrating.

What if I said motivation isn’t real?

It’s a construct. An illusion. A story we feed ourselves and collectively agree on. Yoda was right, there is only do and not do. There is no try.

Motivation. Productivity. Inspiration. It’s all the same. You either do it or you don’t.

But in reality, we all have times when motivation and focus are hard to come by. We feel blocked. And for those times, there is something you can do.

You’re not writing that blog post because you don’t know what to write about. You haven’t started on that spreadsheet because you can’t figure out how to lay it out.

There are two ways to find inspiration. Work your way through it. Or go out and hunt it down.

Inspiration can strike at the unlikeliest of times. But it also strikes when you sit down and do some work. Write out a hundred ideas. Don’t judge them. Don’t worry if they’re bad. Just get as many ideas on paper as you can. Or jump online and start Googling ideas. Or try Pinterest. The more ideas you generate, the more that will come to you. At some point, you’ll tip over from ideas you can’t use, to ideas that you can.

Sometimes the only way to inspiration is perspiration. You have to work through it. In other words, don’t use a lack of inspiration as an excuse to shy away. Instead, try going all in.

When blood, sweat and tears won’t work, you need to go live your life. Sometimes all it takes is a change of scene to get the neurons firing. Or maybe experience something new. Try taking a different route to work. Or getting your daily coffee from somewhere else. Mix it up. Read a new book. Visit the library. Start a new TV show or watch a documentary. Take a new exercise class. Try an unusual cuisine. Stay up late or get up early. It doesn’t need to be big or difficult or expensive. Just find a way to shake things up.

Proactively seek out inspiration, one way or another. When it does, the motivation will come back and you’ll naturally get stuck in.

One of my biggest challenges with motivation is due to low energy. A bad night’s sleep and I struggle to focus. My mind wanders. I switch between tasks. I’ll do whatever’s in front of me rather than what’s important.

There are a few ways I combat this. One is starting small, another is changing tasks and the other is reframing.

With starting small, find a manageable task. Start there. Find the next manageable task. Do that. Build momentum. One by one. When you’re struggling with motivation, doing something, anything is better than doing nothing. Work your way to up to your most important task. At least by the time you get to it, you would have ticked off a bunch of smaller tasks and your motivation will be back in full force.

Similar to starting small but not exactly the same is changing tasks. Maybe you have the energy to do one thing but not something. You can put your headphones in and work in Excel but the last thing you feel like doing is making phone calls or dealing with other people. So get on with that rather than sitting there pretending you’re going to make the phone calls. Just don’t be using ‘I don’t feel like it’ as an excuse to procrastinate!

Sometimes with low energy, you have to accept it and reframe your motivated, productive day as one of rebuilding your energy. Looking after yourself is valuable. It’s a good use of your time. And sometimes it’s the only way. Forcing yourself to get motivated and failing is a surefire way to end up feeling guilty. So acknowledge where you’re at and be kind to yourself.

Related: How to Proactively Protect Your Energy

Jumping from task to task, a million thoughts racing through your brain. Questioning whether you’re working on the right task. Or completing it in the right way.

Or maybe its something completely unrelated that is preoccupying your mental capacity. A fight with your partner or money worries or picking out your sister’s birthday present.

Either way, your brain is overloading making it impossible to settle to one task.

The only way to deal with this is to get the thoughts out of your head and onto paper. Write a to-do list. Any and every task you can think of, no matter how small or far off. Get it all down. Then spend some time, just five or ten minutes, figuring out a plan of attack. I like to look at when I need to get things done by, how much effort is involved and use that to formulate a schedule. A colleague numbers her to do list and then starts at one. Find what works for you, there is no single right way.

If it’s not your to-do list that’s overwhelming, the same principle applies. Grab your journal and stream of consciousness whatever comes out. Pour all of those thoughts out onto paper, or your computer, or your phone and feel your brain clear. Now you’re free to refocus on what you need to be getting on with.

These suggestions can help cut through the mental chatter but sometimes you need to pull yourself into line. You can put a lot of energy into procrastinating and internal debate. Or you can put the energy into getting on with it.

Mel Robbins talks about the five-second rule which is brilliant for this situation. When you feel yourself hesitate or lacking in motivation on something, count backwards from five and just launch in. The counting preoccupies your brain crowding out any worries or chances for self-sabotage.

Because in the end, you just have to do it. That’s the brutal truth.

Tell me, how do you deal with motivation blocks?

One reply on “Four Motivation Blocks and How to Transform Them”

Reading stuff like this, helps to get me moving forward. 🙂 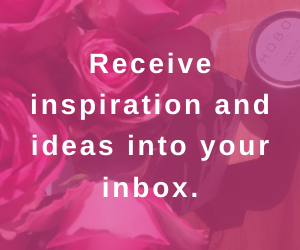